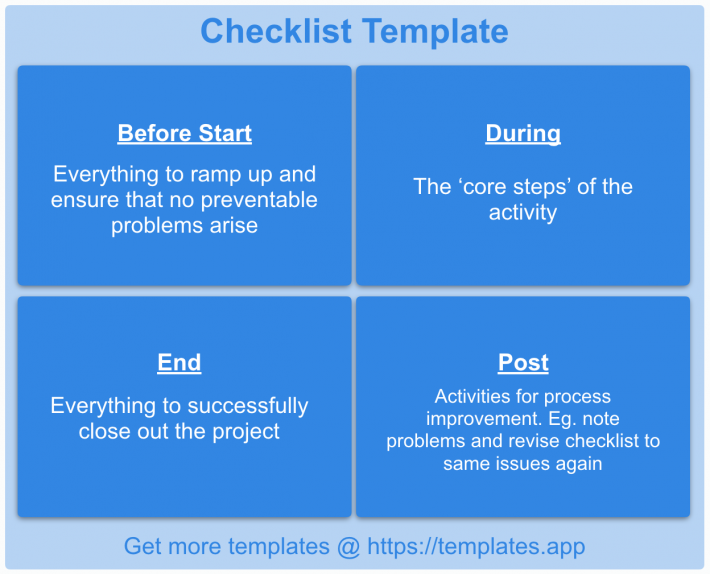 The checklist exists to break down seemingly impossible activities into manageable steps. It was exactly for this reason that the Pilot Checklist was initially created. Boeing’s Model 299, later the B-17 lost in a competition between airplane manufacturers. Boeing was supposed to have won but the Model 299 was much more complex to fly then earlier models.  During this test flight U.S. Army Air Corp’s Chief of Flight Testing was unable to control the plane. As a result the aircraft manufacturer, Douglas, won, nearly ruining Boeing. It was ultimately discovered that the crew forgot to release the flight control gust locks. To combat the previously fatal complexity of the few Model 299s that it purchased, the Air Corps created a check-list that detailed every part of the from take off to landing. Boeing’s reputation was restored after the corps was able to safely fly eighteen million miles with the help of the checklist.

To reap the same benefits that pilots received at the beginning of last century, you can create your own checklist patterning the parts of a flight. 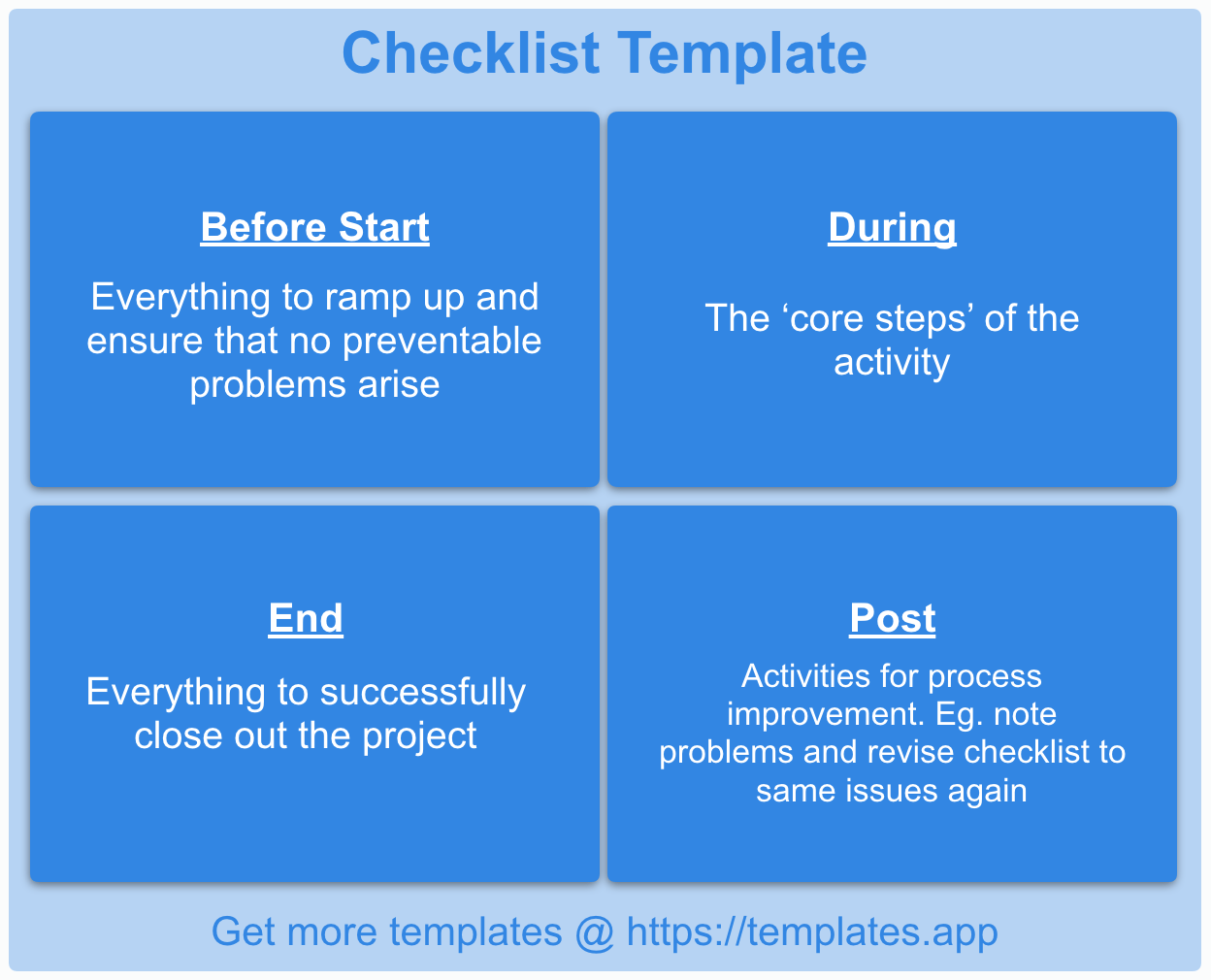 Quadrant one details everything needed for ramp up and take off of a project while Quadrant two walks through its main steps. Quadrant three then holds closing or ‘landing’ steps with Quadrant four outlining actions to report on success of the process and opportunities for improvement. Using the checklist template you will be able to breakdown any project or process into manageable action items and successfully pilot your way through.

You can edit and launch the Checklist Template in Priority Matrix

Get Notified of New Templates